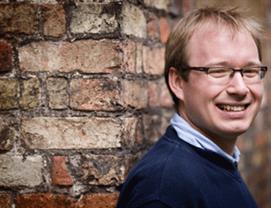 This fella absolutely knocked the issue of charities’ transparency on head.

The gist of his article is to encourage greater engagement with the stakeholders and taking on aboard their criticisms. He also suggested that charities should be open about their activities and heed the criticisms in order to learn from it. He also advocate the use of the internet to faciliate this engagement, which will bring better transparency. I couldn’t put it any better myself.

I refer to the online rumblings that have been ongoing in the D/deaf’s quarters online, such as The Regency and the monster thread at BBC Ouch’s See Hear forum. You can also view another blog by MM, a disgruntled RNID observer/member. I never thought I would see the day when I refer to MM but do read his blog to get some background, if you can seperate the “wheat from the chaff“.

Although it’s painfully trendy to admit this, the internet greatly magnifies the advantages that transparency can bring. The web makes it easy to communicate with your supporters – and gives them, potentially, almost infinite chances to help you.

Any organisation would be foolish if it passed up this opportunity.  But charities – which ultimately depend on their supporters for their legitimacy as well as income – simply cannot afford to let transparency’s potential pass them by.

Some background: Sorry if you heard this one before but it is relevant and a good example. Back in 2006, RNID withdrew their public forum as a draconian answer to flame war, that occurred inside forum. In one single swipe, the public have lost their platform to communicate with and within RNID. There is no sign of this forum ever being reinstated, ideally, under a more vigourous moderator. As the result, the majority of supporters have lost their “voice”, where RNID can learn from. This article would indicate that such action is a foolish move and they have ignored pleas to have it reinstated. Ever since, discontent rumbled on on blogs and forums elsewhere and it been reported that RNID are becoming increasingly distant in their ivory towers as members struggle to communicate with the higher hierarchy at RNID. By that stance, they can’t claim it is their legitimacy to represent us Deaf people if we can’t engage with them constructively. More recently, RNID’s Director of Advocacy and Policy have stated, on ThirdSector, that they recognise the importance of the internet for communication. That is rather an equivocal statement. Money. Mouth. Put.

This site uses Akismet to reduce spam. Learn how your comment data is processed.